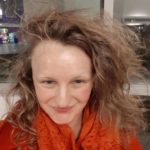 My name is Aline Chauvier I offer multilingual services as follows:

as well as Proofreading, Editing & Writing services in French & English.
– Multilingual (Self-directed) Education Guidance
– Research on Multilingualism for Peace
– Art in all its forms
– Wellbeing through Meditation, Sport, Better Sleep & a Healthy Diet

2018 to now – Researcher on Multilingualism for Peace, Tra.No – Be a Mouvement.

2008 to now – State-authorized Sworn Juridical Translator and Interpreter with the Courts of First Instance of Nivelles, Dinant, Charleroi and Namur (Belgium).

May to October 2018 – Manager and Leader at YX/Lustraporten, Hafslo (Norway).

2017 to 2018 – Restaurant and Catering Assistant for Fylkesmann and Statens Hus via Adecco (Norway).