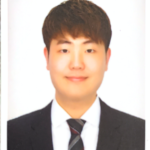 My name is Dongkyu Kim I am a translator English to Korean.
Highlights : Translator, reporter for a university newspaper / Journalist / Language quiz show / National poetry contest / Serial novel / Publishing company / Lyricist / Military officer
I used to be a reporter for Kyungnam university newspaper for 4 years. I translated articles from English into Korean as well, cooperating with KT(Kyungnam Times).
I won <Woorimal Battle> aired on 10th DEC 2018 which KBS has been broadcasting. That quiz show is where contestants compete against one another on their knowledge of Korean language.
I used to be a journalist for a major newspaper that is <The Kyunghyang Shinmun(경향신문)>. So I got used to work under deadline pressure. I had covered entertainment field(singer, actor/actress, model ect.)
When I was in high school, I won the first place in 20th Happo’s Eol national poetry contest.
I majored in Korean literature. I was a pupil under Gyunglyn Jeoun(전경린) who is one of most famous writers in Korea. I published a serial novel(Title : Pangaea) on NAVER(Most widely used website in Korea). After I graduated from university, I established <D&D Story> which is a publishing company.
I made an amateur international musical group in Australia. I write English/Korean lyrics and rap with one Taiwanese and one Filipino.
I used to be a military officer working as a director of munitions division. I had dealt with confidential documents, so I will be good with client’s confidential information/document. I drew up a lot of documents as well, which means I’m good at a word processing.
Get in touch
sunbie92@gmail.com